At the start of the reign of Charles 1st, there was much to be hopeful for. A young King had found an equally young bride (finally), and they promised a string of heirs to keep the Stuart line in power and authority for generations. Better still, it seemed that the rift between the Catholic and Protestant religions, in England at least, could be, if not resolved, then at least reconciled. Unfortunately, Charles was a poor king, and Parliament wanted to take a slice of power. The English Civil Wars of 1646 to 1651 were the ensuing result. 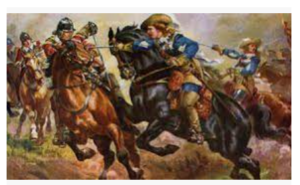 It was the first war to be fought with a mixture of old and new. Cannon and musket would feature stronger than ever before on the battlefield. Archery, a factor in English battle formations for centuries, was non-existent. This would be a war fought with the long pike, the sword, swift cavalry attacks and well-trained, professional soldiers with a cause they could believe in. It would also see the use of advanced tactics. 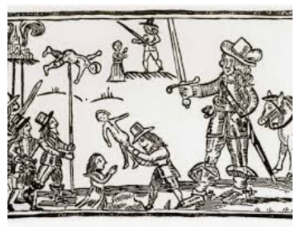 Injuries on the battlefield were as brutal as ever. The popular view is that Doctors and surgeons were butchers and made things worse. However, contemporary accounts suggest this was not true. Whilst they could have benefited from some Emergency First Aid Training Courses, like those from https://www.tidaltraining.co.uk/emergency-first-aid-training-courses/, it’s true that they actually used evidence-based medicine rather than just guessing. Painkillers were reduced to natural remedies such as rock plant, Lavender and Peppermint and were used to try and null some of the discomforts. Wounds could be stitched. The main issue was complications afterwards, such as blood poisoning.

How to have a home clear out before winter

How to stay warm with little clothing?

Blue eyeshadow: how the trendy color is applied

How to Apply AI in the Digital Fashion Field

Spring shoes for women: the trends of 2021