This week the Teen Choice Awards have been held in Los Angeles, an event in which young people from the United States reward their favorite actors and singers. An event that brought together dozens of artists who did not emerge precisely because of their looks, such as Bebe Rexha, who wanted to become unsuccessfully one more of the Kardashian clan.

Also on the streets of New York and Los Angeles, we have seen two former models of Victoria’s Secret who have dazzled with their outfits, especially Rosie Huntington-Whiteley, who has worn a simple and perfect look for these summer days. Keep reading: How to remove bad odor from clothes permanently? 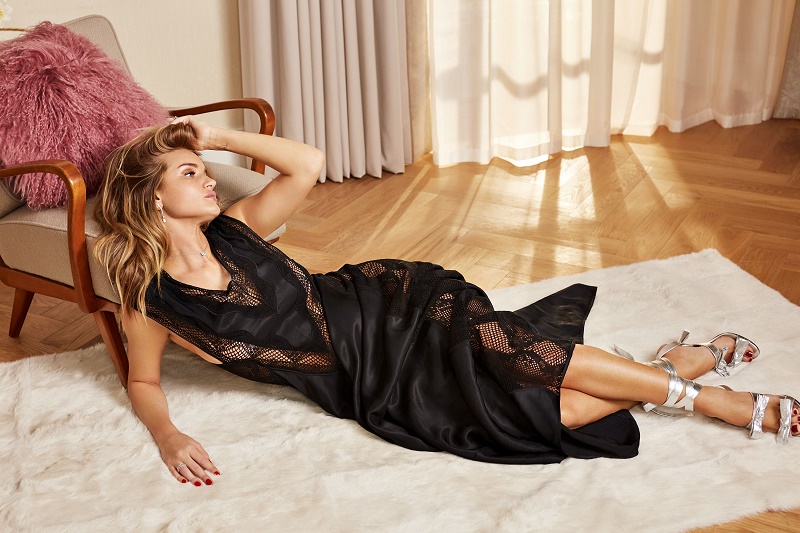 Rosie Huntington-Whiteley was seen in New York with a look that we can not like anymore. The model combined a satin white blouse, with the cutaways cut with scissors and sleeves with fists riddled with buttons, with skinny jeans and sandals in nude tone with an original heel. Rosie chose as a bag one of the models that has returned with strength this year, the Saddle of Dior.

Alessandra Ambrosio presumed as a boyfriend in Los Angeles with a set of ‘crop top’ and printed pants from the firm Spell & the Gypsy. The former Victoria’s Secret angel wore the Saint Laurent Tribute sandals in brown, Garrett Leight round sunglasses and a Chloé bag. The Brazilian woman picked up her hair in a discarded bun and brought as accessories three golden colored necklaces of different sizes. 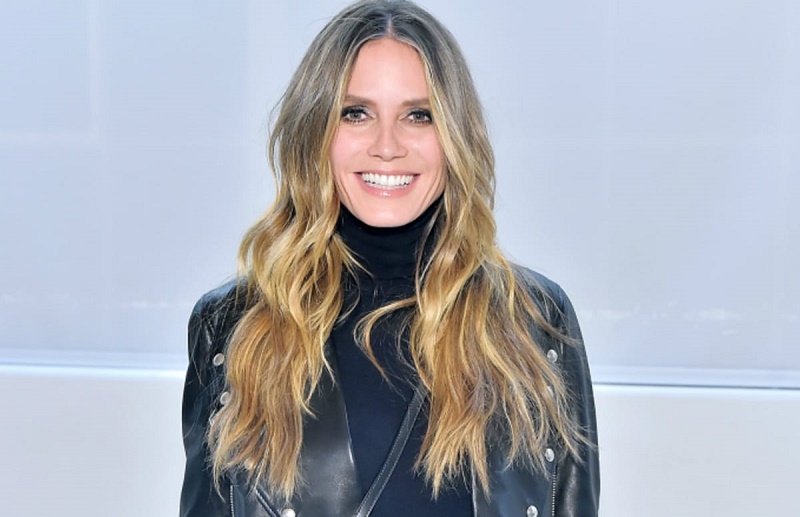 Heidi Klum surprised at the presentation of the new season of ‘America’s Got Talent’ in a white suit jacket by Zuhair Murad. The design was characterized by the fringes that decorated the side of the pants and the jacket, as well as the rhinestones in the area of the shoulders and the lapel. A look that the model defended perfectly and completed with simple sandals of silver strips.

Emily Ratajkowski with a very casual look that smells like a trend. The model combined some jeans shorts with a ‘crop’ sweatshirt that had the logo of Coca-cola printed and white sneakers, the star footwear of the year. As accessories, Emily opted for cat eye glasses and a simple black raffia bag. 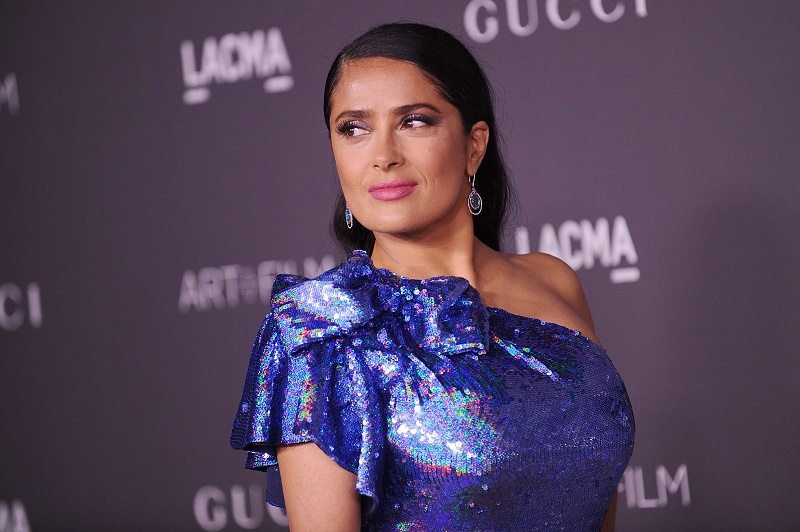 Salma Hayek reminds us that the dress formula plus denim jacket is always a success. The actress wore a caftan with the patchwork of scarves of a floral print of Gucci, valued at 3,500 euros, which combined with the jacket and sandals with a blue platform.

Emma Thompson , true to her particular style, opted for sneakers to match her black suit, elephant leg pants and jacket with gold buttons. A simple and basic look but very successful. 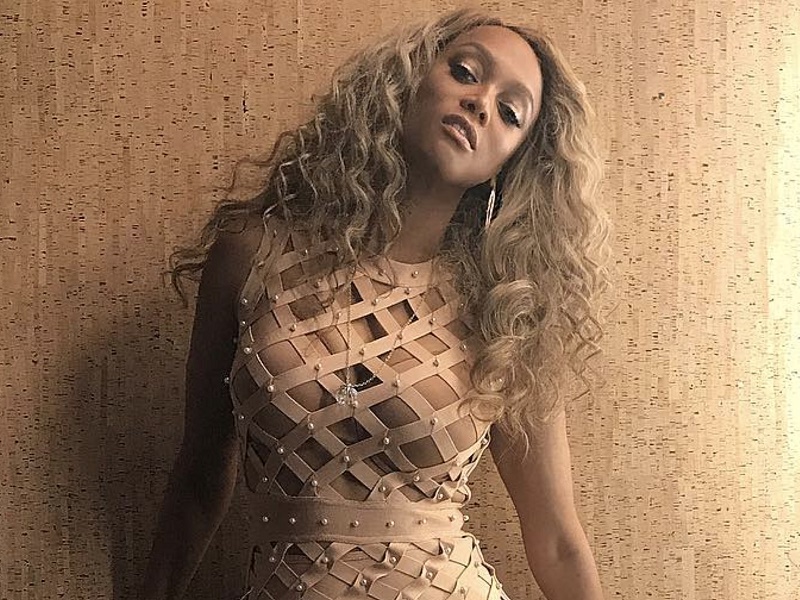 Tyra Banks opted for a dress in mustard color to present her new program. The model chose a mermaid dress and Stello tail, with long sleeves and shoulder pads that was too much for a more casual act. It also does not help your curly hair excessively.

Loren Gray went to the Teen Choice Awards with an extravagant design by Michael Costello. A pretty ghastly red silk dress, with puffed sleeves and bell-shaped finish, the neck and chest area transparent with lace and the skirt with asymmetric ruffles.

KJ Apa was presented at the Teen Choice Awards with a satin-colored jumpsuit that is not bad, but we do not like the neckline finished in peak. Nor did he just convince us of his hair, tinted and backwards, nor his eyebrows excessively painted. 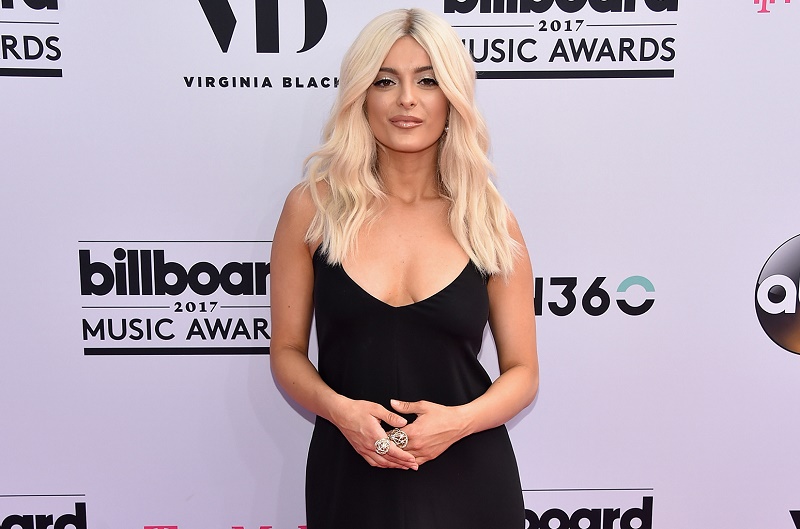 Bebe Rexha wanted to emulate a Kardashian with this two pieces of neon pink latex that she combined with a bright mini top and pink fuchsia sandals with flashy flares on the back.

Cole Sprouse did not quite hit with his look at the Teen Choice Awards. The actor wore a shirt in denim with black pants and a paisley handkerchief that combined with a white jacket that was very small.

Mel B marked other of her complicated looks with a semi-transparent mini dress with black details in sequins that left her underwear in view. Neither did the violet shoes, which were large, and the dark makeup that turned his eyes off. You might also like: http://marypwaters.com/2018/07/25/summer-long-skirt-choosing/

How Many Types of False Eyelashes? Discover Them

How to dress for school: 15 Looks to wear at school

How to clean lace clothes properly? Step by step guideline